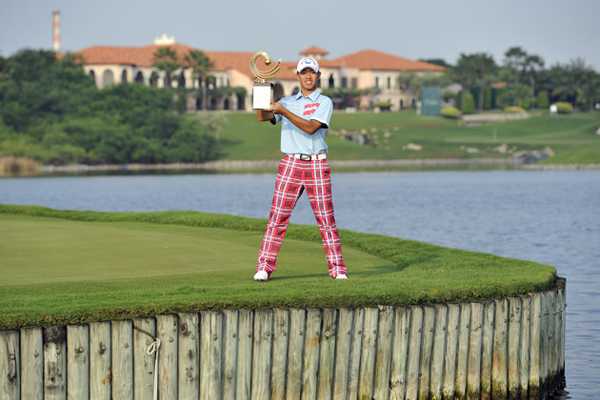 With the FedEx Cup finished and the Race to Dubai decided, golf in the United States and Europe has entered its off-season. But for many of the world’s best players, the action has continued in Asia, with three high-profile events recently being held on courses where Flagstick provided our construction management services.

After being played in Shanghai from 2005 to 2011, the WGC-HSBC Champions tournament relocated to Mission Hills Shenzhen’s Olazábal course for the 2012 competition. Flagstick managed the construction of this and four other championship courses at the facility, with a total construction time for all five courses of just 14 months!

This year’s field offered Chinese golf fans an opportunity to see some of the game’s greatest players, including Phil Mickelson, Ernie Els, Bubba Watson and Ian Poulter. Poulter claimed his second World Golf Championship, and capped off a remarkable season which included three top 10s in the majors and an unforgettable performance at the Ryder Cup to lead Europe to victory.

Just two weeks before the WGC-HSBC Champions, the Mission Hills group hosted another star-studded field at its 10-course resort in Haikou, China. The Mission Hills World Celebrity Pro-Am brought together some of entertainment’s and sport’s most famous figures, including Chinese basketball star Yao Ming, American swimming sensation Michael Phelps, Hollywood actors Andy Garcia and Adrien Brody, and many more. The winning professional was Matt Kuchar who, with fellow American Gary Woodland, won the Omega Mission Hills World Cup on the same course in 2011.

Last, but certainly not least, was 14- year-old Guan Tianlang’s astonishing victory at the Asia-Pacific Amateur Championship which earned him an invitation to the Masters Tournament. When he tees off in Augusta next April, he will become the youngest player by more than two years to ever play in the Masters.

Guan, a native of Guangzhou, China, beat out a very strong field at Amata Spring Country Club in Chonburi, Thailand to claim the title. He adds this prestigious win to a trophy case which already includes the Junior World Golf Championship in the 11-12 year-old category. We wish Guan the best of luck in April, and we eagerly await the return of all these great events to Asia next fall.