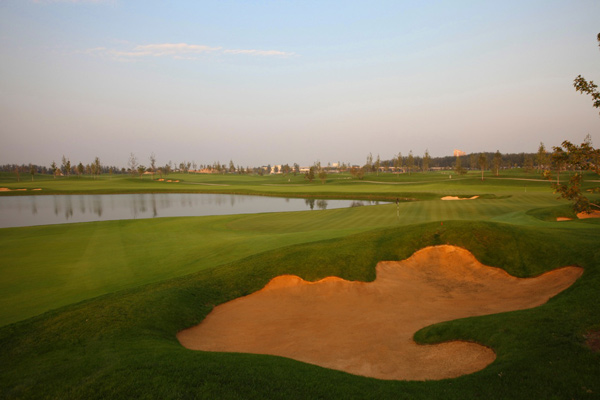 The grand opening of the much-anticipated Nicklaus Club Beijing has been set for spring 2014. With grassing completed in June of this year, the final “punch list” items and bunker sand installation are being completed now. The members were offered access to nine holes in October and November. This so-called “dress rehearsal” brought rave reviews, and has heightened the excitement for opening day.

Flagstick extends sincere thanks to the great partners we have worked with on this project. This Jack Nicklaus Signature course is already being called one of China’s best, and we are proud to have been a part of the team.